5 Stunning Houses Around The World That Will Make You Go Wowww!!!

There has always been an urge in people’s hearts to stand out from the rest of the world and they leave no stone unturned in their attempt to be different and distinctive. Read about 5 beautiful homes around the world that pay tribute to their creators and their drive to stand out in the world through their construction. 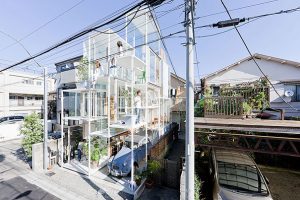 Anyone who prefers sunlight as their constant companion would find this home to their liking. A completely transparent construction, there would be no shortage of sunlight here. This house was built by Sou Fujimoto Architects and is inspired by our ancestors who lived on trees. 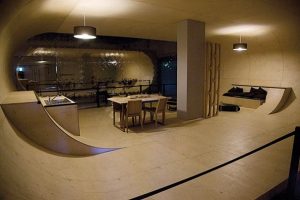 A home made for hardcore skateboarding enthusiasts. The whole house takes the form of one large skating rink. It should come as no surprise to anyone that the house was designed by Pierre Andre Senizergues, a former pro-skating world champion!

Keret House, the thinnest house in the world, is located in Poland. The widest point is only 152 centimeters wide. Jakub Szczęsny, the designer of the house, wanted to utilize every bit of the urban space, even if they are located between two buildings, so he squeezed his house between two other buildings. No wonder he is the only resident living there. 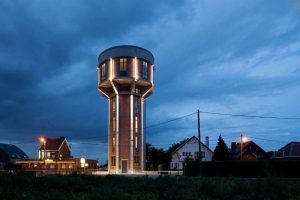 A water tower is used to store water, but this old water tower in Belgium also served as a Nazi hideout during World War II. However, the 30 meter high tower has now been transformed into a very comfortable and modern house.

An expensive inclusion in the list, the 7,000-square-foot penthouse on top of Brooklyn’s Clock Tower offers sweeping views of New York City and costs a whopping $18 million.

Do you want to buy a house for your family, but don’t know where to go? Trust SMC Realty to help you find your dream home at the lowest possible rates and from the best developers in the country. AN click here can solve all your problems.