Brampton is one of the hottest markets in Ontario and has seen a lot of appreciation in the past year, on par with many of its neighbors in the GTA. The city of Brampton has proven to be one of Toronto’s most popular suburbs and has been growing rapidly for years. But what does the real estate forecast for Brampton hold in the future? Will house prices fall next year or can investors sleep peacefully? We will answer these questions below.

While Brampton is often lumped together with other nearby cities as just the GTA, it carries a lot of weight on its own. Brampton is the third largest city in the GTA, after Toronto and Mississauga. It is also the 9th most populous municipality in all of Canada. The city is home to nearly 650,000 people and is growing every year.

Due to their proximity to major population centers clustered in the GTA, these cities often have closely linked housing markets. It should come as no surprise, then, that Brampton has experienced a similar price increase to other cities in the region in the past year. Cities like Brampton were especially hard hit by demand as many from the city of Toronto re-evaluated their housing situation and chose to move outside of the more developed urban areas. In January 2020, the average sale price across all residential property segments in Brampton was approximately $760,000 according to the Brampton Real Estate Board. By the end of that year, rising prices had reached $970,000, and the price is above $1 million dollars today. This means that the average house price has risen by more than 40% in the past two years.

How does Brampton’s housing market compare to other markets in the GTA?

Compared to average home prices in the GTA, Brampton is essentially in the middle of the pack. According to data from the Toronto Regional Real Estate Board (TRREB), Brampton’s average price is higher than areas such as Toronto East and West, Ajax, Oshawa and Mississauga. However, the average price is lower than in areas such as Oakville, Vaughan, Central Toronto and others.

In terms of sales volume, looking at the numbers for November 2021, Brampton has the largest number of home sales on the GTA outside the city of Toronto, with more than 820 sales that month alone, and more than 11,000 years to date. New listings in Brampton are very close to monthly sales which means the supply is very low.

Detached homes are the most popular segment in the city, accounting for more than half of all sales. The next largest segments are terraced houses and terraced houses. Condos are the smallest segment in the city. While Brampton sold far more detached houses than Mississauga, Brampton sold exactly half as many apartments as the neighboring city, and apartment prices were lower.

What is the outlook for the Brampton housing market for 2021?

Reasons to forecast a positive outlook

One of the reasons the real estate market in Brampton can hold up for a while is the fact that the GTA is simply always in high demand. As the country’s busiest region, there is almost no shortage of people looking to buy a home. Currently there is still a lot of restrained demand in the market that will take some time to dissipate, if that is all.

There are also many people who cannot afford houses, so are forced to rent, further increasing demand from rental investors.

This part of the province is also one of the biggest drivers of population growth, both from Ontario, other provinces in Canada, and international immigration. The number of new-build homes in the shell region has fallen since 2017 and there will simply not be enough housing being built to meet the demand for them.

However, there are other reasons why house prices may correct in the coming years. Falling prices are just one possible outcome of a correction, prices can also simply slow in growth or flatline. The Canadian Real Estate Association predicts sales will level off but will still remain high relative to pre-pandemic conditions.

An important reason at the moment is the imminent rise in mortgage interest rates. Many buyers rush to settle on a home before rates go up, and as a result, real estate professionals report steady sales despite what is usually a low season. When rates rise, loans generally become less affordable. If enough people are deterred by the high interest rates, the growth of the average house price may slow down somewhat.

Another reason why the Brampton housing market could slow is a return to normal economic conditions after the Covid-19 pandemic. Although prices had been rising in the Canadian real estate market for years before the pandemic, the conditions that heralded it significantly increased the rate of growth.

With overvaluation and a lack of affordable housing, many fear that things will eventually topple. The existence of a housing market bubble in Canada is quite controversial, but it is something that you should at least consider the risks before investing. 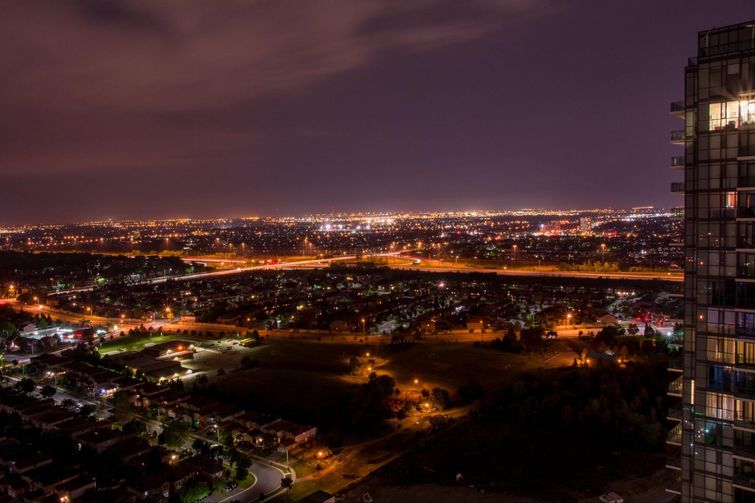 Should I Invest in the Brampton Housing Market?

If you ask 10 economists about their views on the housing outlook, you will end up with 12 answers. As with any investment, you should consider the risks and the market conditions before buying real estate.

That said, if you plan on investing anyway, there’s no need to wait for a better time. Although prices may level off in the coming years, there is still plenty of time for appreciation until then.

Should I sell my home in Brampton?

The Brampton market continues to favor sellers at the moment. This means that you will have it much easier to get the highest value for your home. However, the days of the Covid housing frenzy where homes sold for well above asking price are now largely behind us. With that in mind, and potential price leveling, the worst-case scenario going forward, there’s no rush to sell, but it’s not a bad time either. While Brampton is far from the most expensive area in the GTA, there are many more areas outside of the GTA where the value of your Brampton home will be much higher should you choose to sell.

How to Rent Your First Apartment Guide