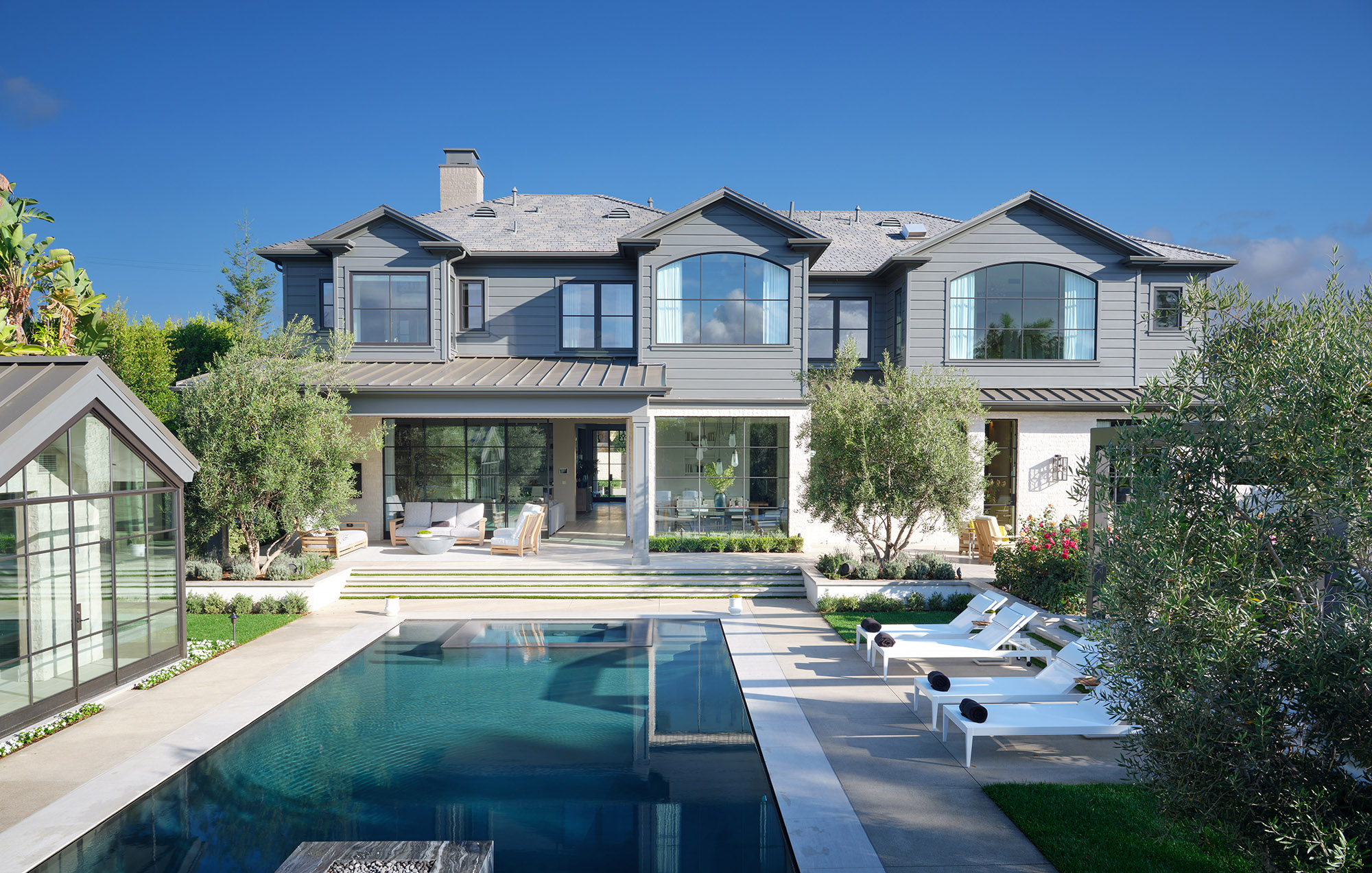 A fully furnished home in the Brentwood neighborhood of Los Angeles is on the market for $24.95 million.

The seller is Steven Schwartz, co-owner of the aircraft brokerage Aerista. Mr. Schwartz said he bought the property in 2018 for about $7.2 million, then tore down the original home and built a new home, working with interior designer Adam Hunter. The approximately 3½ year project was completed this year.

Mr Schwartz, who lives nearby in another part of Brentwood, said his original plan was to move in with his family on the property as soon as it was completed. Instead, he said, they have decided to move out of the area. “It’s been a long 3½ years and things have changed,” he said. 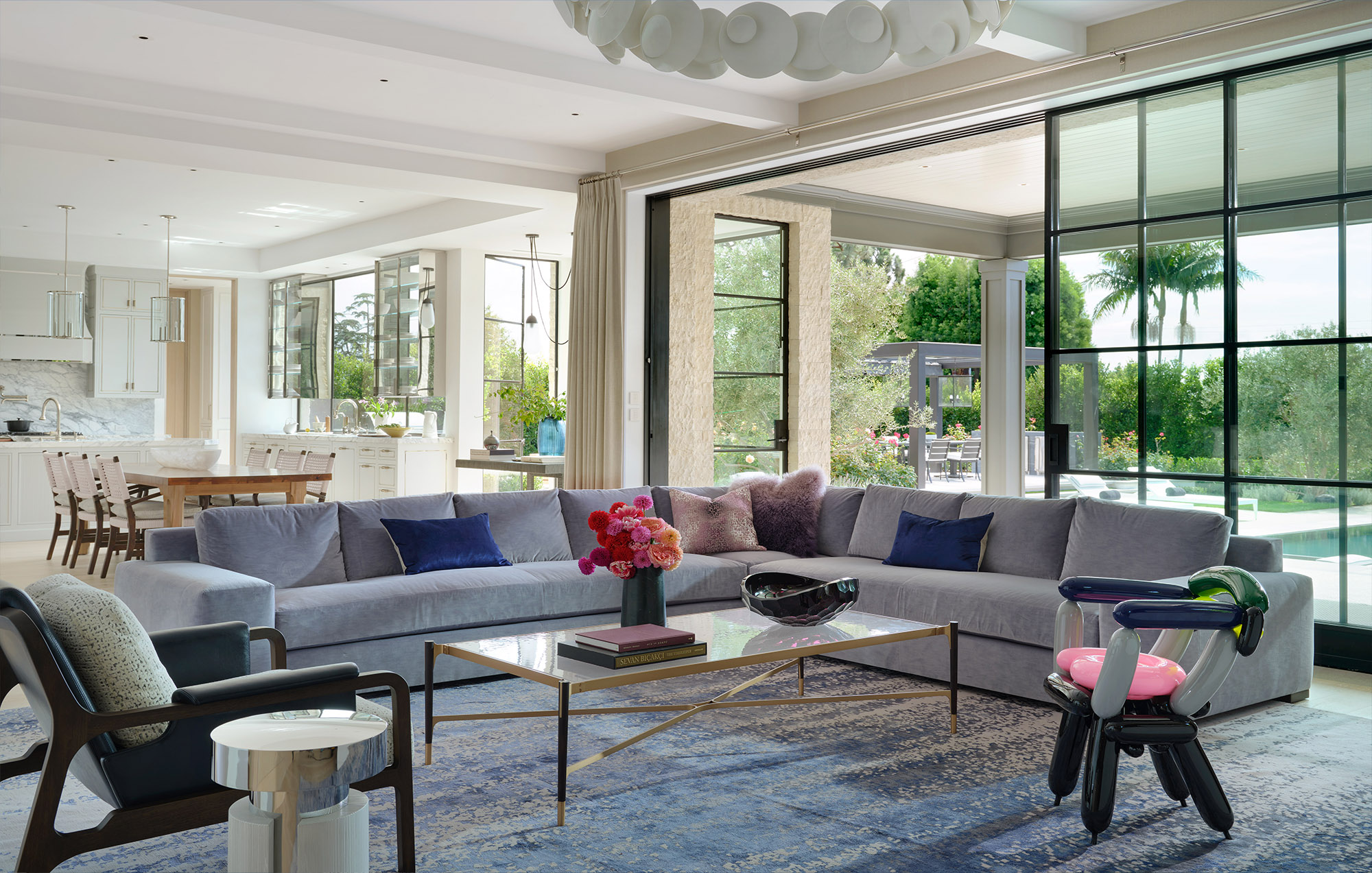 The newly completed home measures approximately 11,000 square feet with six bedrooms, according to listing agent Drew Fenton of Hilton & Hyland. The backyard has an infinity pool, pool house and dining pavilion. “We wanted to do something that felt very California,” said Mr. Hunter, who has worked on projects for celebrities such as Neil Patrick Harris and Christina Hendricks. “I love all things French contemporary, so I say it’s ‘Los Angeles kissed by Paris’. He said he designed the lacquer in the dining room as a twist on traditional French moldings, while the paneling on the back wall of the living room was inspired by French paneling. 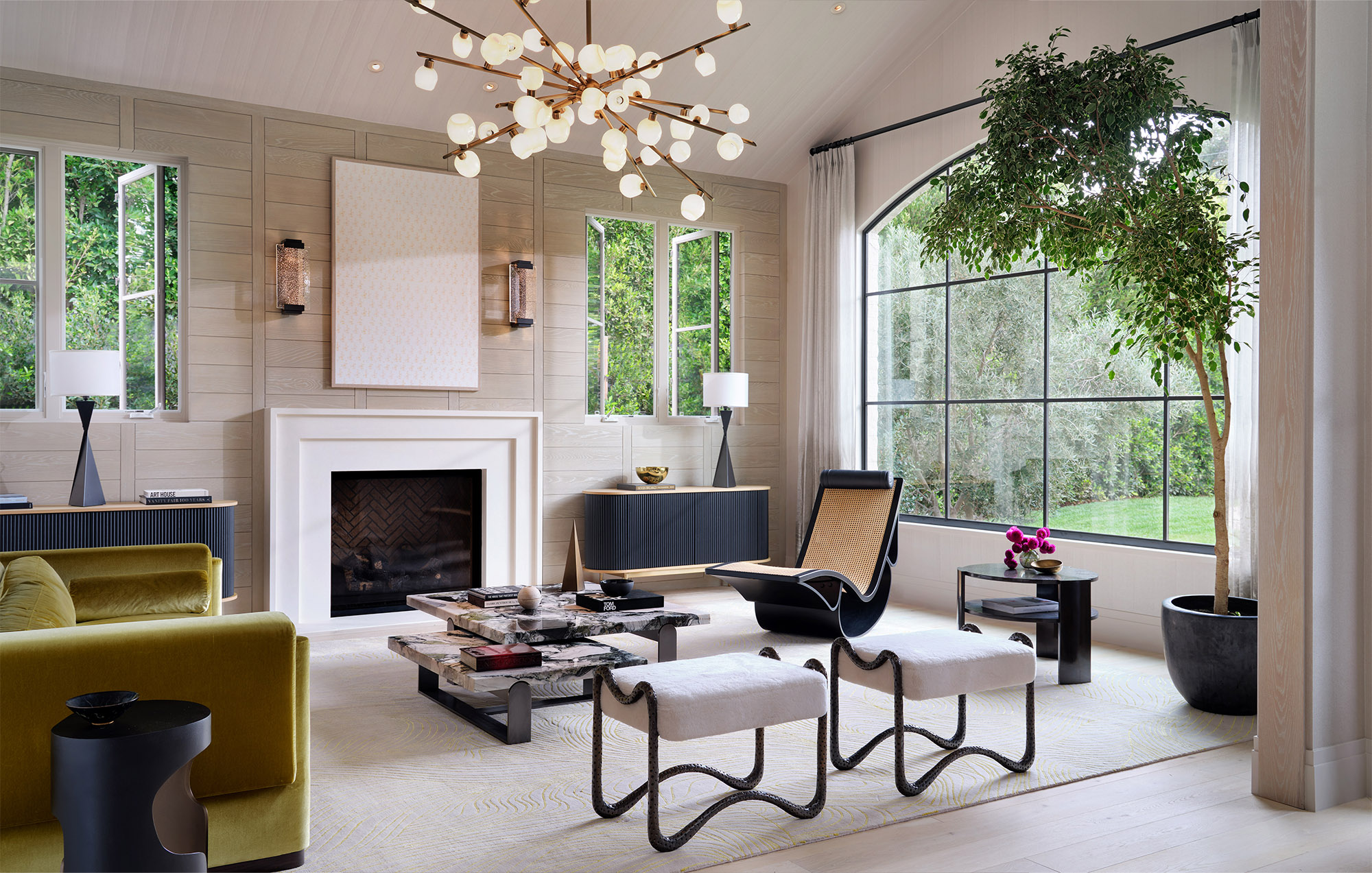 The house has 10 custom rugs that cost more than $30,000 each, according to Mr. Hunter. A wine wall of about 200 bottles has been put together so that the light reflects off each bottle.

The house has three levels connected by a curved stairwell, Mr. Hunter said. On the lower level, bronze doors open to a glass-enclosed spa with a plunge pool. To the right of the spa is a fitness center and next to a lounge with leather-clad walls is a home cinema. 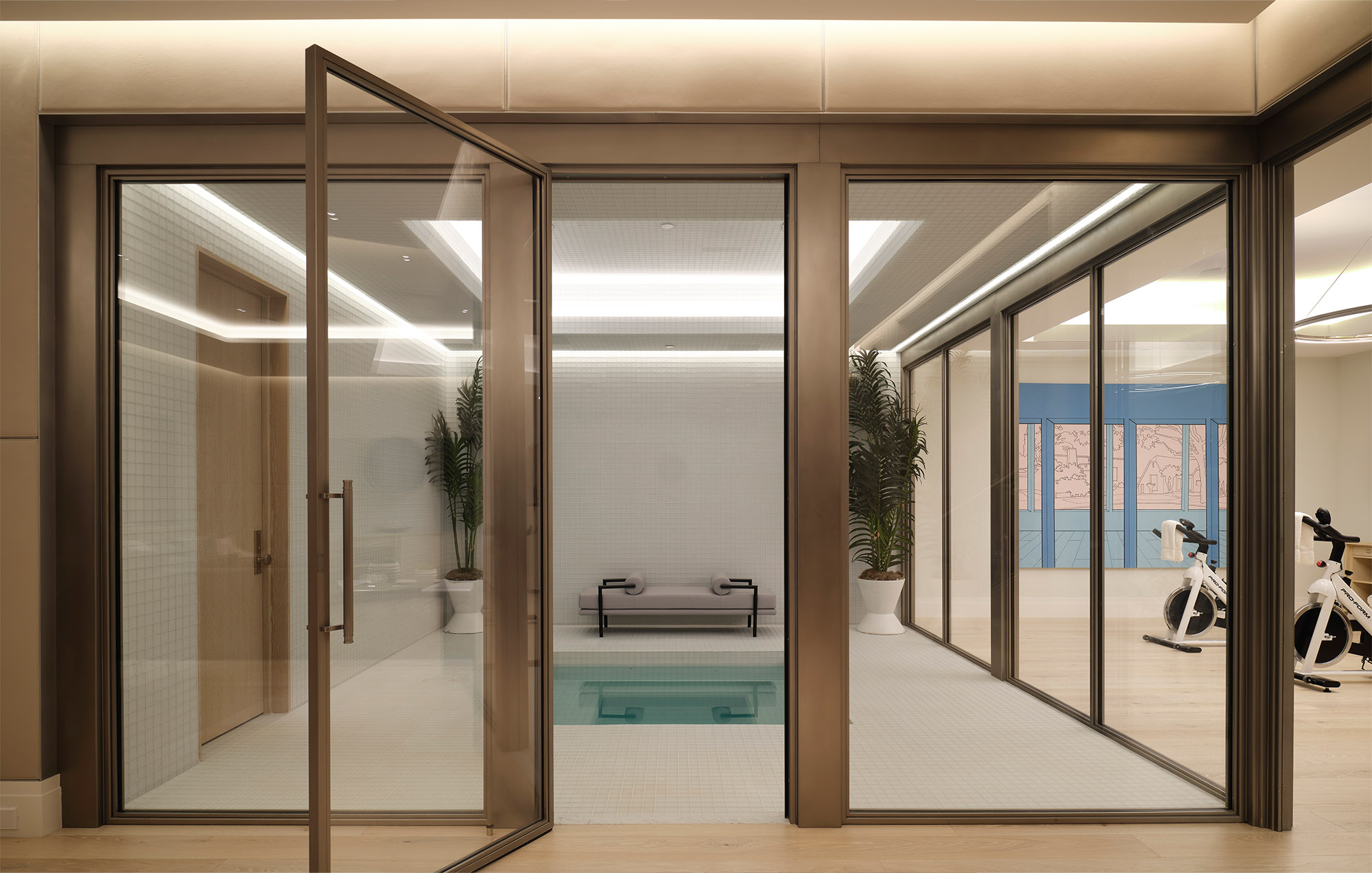 A resin chair in the living room looks like it was made from balloons, and hand-beaded wallpaper in the first bedroom costs about $75,000, according to Mr. Hunter.

“Something that happens at night, and it’s amazing, is the light that hits the beads,” said Mr. Hunter. “It gives it the softest reflection, almost like a dress. An Oscar dress.”

In the kitchen and over the sink are transparent glass cabinets designed as a tribute to Cinderella’s glass slipper, Mr. Hunter said. The backyard can be seen through the glass. 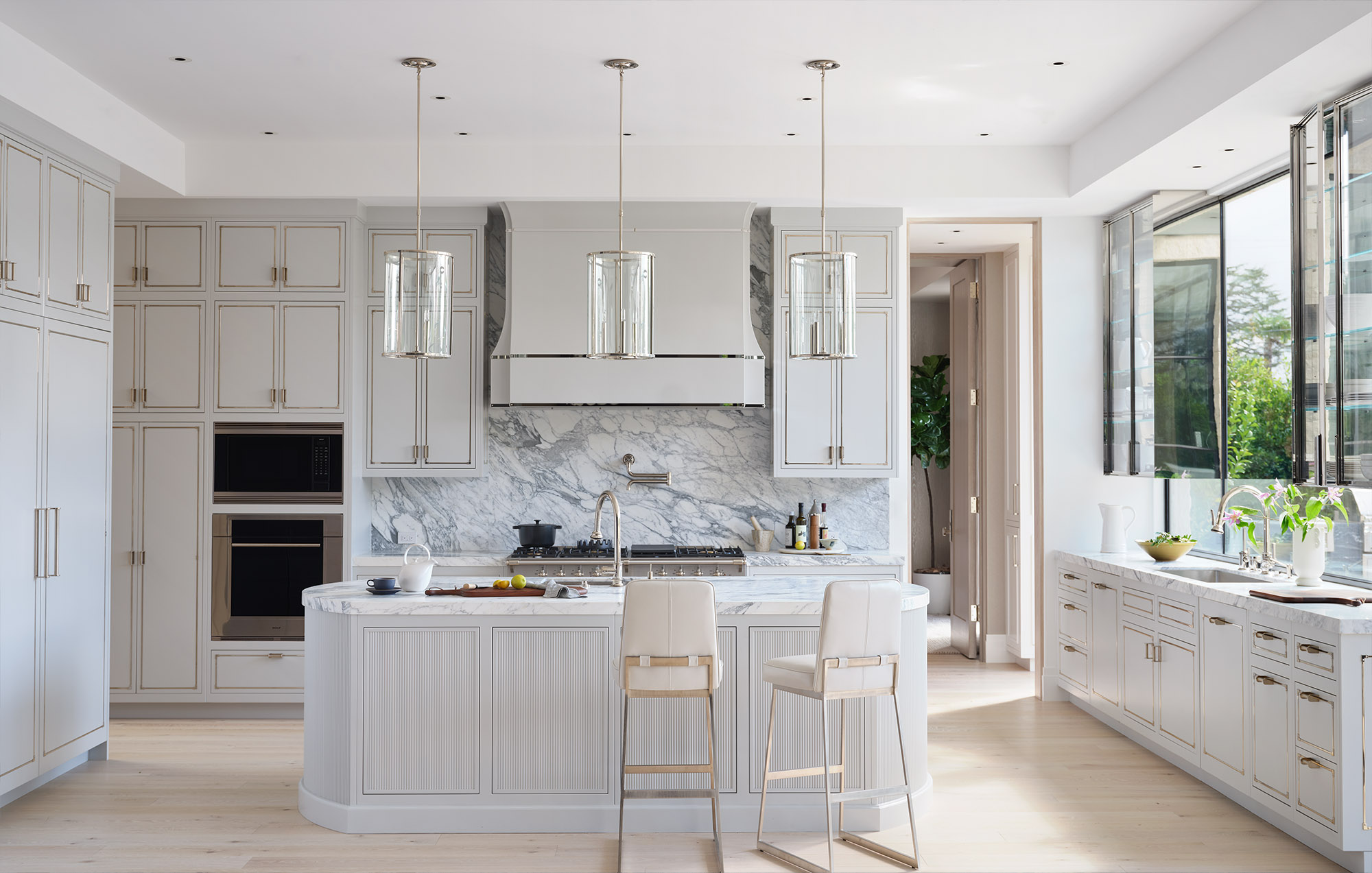 The market is very strong in Brentwood Park, the area where Mr. Schwartz state, said Mr. fenton. “It’s ideal for families and it sets that buyer profile.” The median sales price in Brentwood was $789,000 in the third quarter, up 21.4% from the same time last year, according to Jonathan Miller of Miller Samuel Real Estate Appraisers & Consultants.

Luxurious Living | How To Turn Your Home Into A Vacation Spot