GTA real estate market forecast for 2022 and beyond

The Greater Toronto Area is one of the hottest regions in the Canadian housing market and has been for a long time. With so much attention from buyers and investors, the ever pressing question is how the market will perform in the months and years ahead.

Despite difficulties due to pandemic conditions over the past two years, price growth has remained strong in the GTA, continuing its decades-long climb. Can we expect a continued rapid growth rate in house prices, or will it slow down? Will we see a major price correction in the coming years?

In this article, we’ll explore some of these questions and get a better idea of ​​what the future may hold.

The current state of the GTA housing market

Average prices in the GTA

In this month, the price of detached homes soared above $1.5 million, up 30% year-over-year. The semi-detached and condo segments saw average prices of $1,206,016 and $715,104, respectively. That means apartments in the GTA now cost about the same as an average single-family home in 2014.

With sales up around this time last year but a drop in listings, the GTA has remained firmly within the seller’s market territory, and the Toronto Regional Real Estate Board (TRREB) is drawing attention to “an inherent problem with the supply of all housing types in the Greater Toronto Area.”

While house price increases in the GTA continue, the price acceleration is beginning to slow down, pointing to a cooling off from the rapid price increases seen in mid-2020.

What could the future bring?

As indicated by the stats above, there are a few things that are driving the real estate market in the GTA. Firstly, the area has a lot of economic dynamism. Not only is it Canada’s most populous region, but it’s also a hot spot for industry, business, and jobs. It sees massive amounts of annual investment from both domestic and international sources, as well as steady population growth.

This may to some extent explain the high demand for housing in the GTA housing market. Simply put, people want to be where the action is. This in combination with the fact that the supply in the city is so low. In recent years, active supply in the market has declined, with homes being bought up on the market about as quickly as possible, contributing to tight market conditions.

Demand can be reduced in a number of ways. One major way would be to push buyers away from the housing market, while another would be to actually meet demand with a commensurate amount of housing supply. Unfortunately, even with the large increase in the number of homes in the GTA over the past year, it is unlikely that it will be enough to significantly impact housing affordability.

In terms of driving back demand, there is hope that a rise in interest rates could ease demand and slow price acceleration. In addition, upcoming regulations, such as limiting foreign purchases and a vacancy tax, should also help reduce demand. However, the actual effectiveness of these changes is controversial and remains to be seen.

With the predicted end of the pandemic conditions in 2022, other factors could keep demand high in the GTA, such as many people returning to work in the city, returning post-secondary students and increased immigration.

With more population growth and increasingly unfavorable detached homes, the condo segment, which has seen relatively slower price increases, may see sales and value remain strong in the coming years.

In general, opinions among economists and real estate professionals are divided about what the future holds for the GTA and for the Canadian housing market. Overall, it looks like the market will remain strong or stable through 2022, with the potential for a small price correction. Although given the recent rises in house prices, even a significant correction would only see prices return to the still high values ​​of a few years earlier.

In its recent Housing Market Outlook report, the Canada Mortgage and Housing Corporation forecast continued price growth through 2023, albeit at a slower pace than recently. 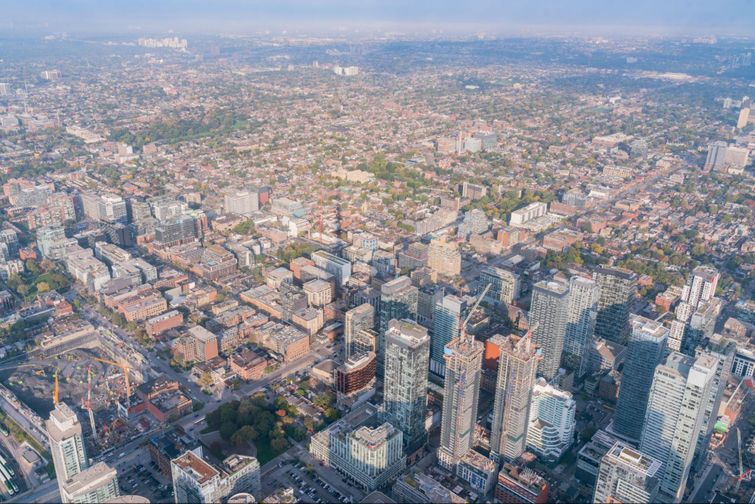 Buy or sell today in the GTA

As for buying, many are now trying to get in before a looming rise in interest rates makes large mortgages moderately less affordable. However, if you wait for lower prices before buying, you may be out of luck.

For sellers, rest assured that your home will sell easily, and for a good price if you choose to list it. But should you? Because real estate in the GTA is so hard to come by and the long-standing trend in valuation, values ​​in the market are likely to remain strong for at least a few more years. However, if you want to move your money elsewhere or buy in a different city, you will find that your money goes much further in other areas with better affordability.