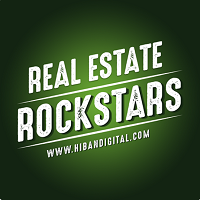 Making the Most of Your Career

“There are three places we can be in life financially,” said Ian Pruckner, in a recent episode of host Aaron Amuchastegui. Podcast Real Estate Rockstars.

“We can live in the land of not enough. I remember what that’s like… The lack of money consumes you. Every decision you make is made from a position of lack.

“The second place where you can live is the land of just enough. So many people live in that country. The bills have been paid and everything is in order. They are not incredible. They are not all over the world. They are not life-changing. To me it’s so sad to see people live their whole lives and settle for something less than what they were capable of.

“And the third place you can live is the land of plenty… You’ve got money under control. You don’t have to worry about that anymore.

“I’ve lived in all three,” said Pruckner, “and I promise you the land of plenty is the best of all three to be in.”

It’s all in your head

From there, the two men started a discussion about changing your mindset.

“Most people try to change their behavior, but they still think ‘money is hard to make’ or ‘I’m not good enough’. People want to go to a seminar or get a new app,” Pruckner continued, “but if we don’t change our beliefs, what we get won’t change much.”

“People think it’s difficult to be an entrepreneur, agrees Amuchastegui. “Let’s look at that belief and talk to people who got over it. There are so many things you can do.”

So goes the 973rd episode of the popular “Rockstars in real estatepodcast. The podcast ranks in the top 20 for business podcasts on the Apple podcast charts, and it’s not hard to see why. With its upbeat, tone, and enthusiastic, business guests, the show delivers a powerful dose of motivation to real estate agents. In addition, each show is packed with information for agents to use.Episodes cover a wide variety of agent-focused topics, such as sales, marketing, lead generation, the benefits of joining a team versus going solo, and state-of-the-art -market and economic analysis New episodes are available every Monday and Thursday.

Originally branded as ‘Pat Hiban Interviews Real Estate Rockstars’, the podcast was created by former real estate agent Pat Hiban, who decided – after making millions from real estate – that he wanted to give something back to the industry that had given him so much success.

Hiban wanted to share his knowledge with as many people as possible in a format that would be free for everyone.

Hiban set to work, interviewing both top agents and up-and-coming newcomers to uncover their secrets to success. And each guest on the show had to bring a “gift” to include in the podcast’s “Agent Success Toolbox,” which includes sales tips, sample marketing materials, business articles, and anything else a guest thinks listeners could use to improve their real estate. good business to improve.

The toolbox is free for anyone who visits the website and signs up for the email newsletter.

Hiban hosted until the end of 2019 and then realized – after conducting more than 850 interviews – that he had a burnout. He put the podcast up for sale and received three bids: two from real estate agents and one from Amuchastegui. Hiban knew Amuchastegui – a real estate investor, entrepreneur and former homebuilder – from GoBundance, an adventure tour group that Hiban co-founded, and decided to accept his offer.

“I knew Aaron would understand the guests and enjoy the process of interviewing agents,” Hiban says.

Now known as “Rockstars in real estate‘, the podcast has recorded over 900 episodes and had over 5 million downloads.

According to Amuchastegui, the podcast’s success stems from their carefully selected and curated guests.

“Our biggest goal is to provide value,” says Amuchastegui. “We’re looking for active agents who are producing now.”

It’s not about the money

New agents will also find a lot of inspiration in the show. On a May 27 episode titled “How a New Agent Can Outshine Industry Veterans,” Taylor Tolbert, an agent at Gray Realty in Woodbridge, Virginia, who received his license in December 2019, explained how he was able to thrive as a newcomer during the pandemic. In 2020, Tolbert had 26 closures for a total of $10.5 million in sales volume.

Tolbert’s top tip for other new agents? He advised not to think about money, but instead think about serving people. “If you start seeing people as numbers on a spreadsheet,” Tolbert said, “you’re not going to do it right. Put their needs first. Focus on serving and helping your customers.”

“Rockstars in real estate” also offers in-depth economic analysis in their “State of the Market” episodes, which aired in 2019 and appear on Mondays and Thursdays. What makes these episodes special, according to Amuchastegui, is how they dissect complex financial and economic information, which can sometimes be intimidating to listeners.

“We’re trying to decipher the news,” Amuchastegui says, “and find the elements that apply to the average cop.”

In the May 31 SOTM episode “This Is Nothing Like the Last Foreclosure Crisis,” Sean O’Toole, CEO of real estate data company PropertyRadar, discussed the reasons why 2021 won’t trigger a wave of bankruptcies as it did in 2008, arguing that market conditions are very different today than they were then. (NAR chief economist Lawrence Yun also compared and pointed out conditions between then and now) main differences, such a low stock and no subprime mortgages in 2021.) O’Toole also discussed the specter of rising inflation. He said he doesn’t believe it is likely to lead to a decline in the housing market this year. One possible cause for a rise in consumer prices, he says, is simply that people are going back out and spending all the money they saved during the pandemic.

O’Toole touted real estate as a hedge against inflation, especially for those looking to invest in a home for their families and stay there for years. “If you’re an investor — not a speculator — there’s never a bad time to buy.”

Most of all, Amuchastegui says, he wants listeners to feel inspired and find the tools that will help them succeed.

“We want people to love real estate,” he says. “My greatest joy is when we get a listener who becomes an agent and then comes on the show and gives back with what they’ve learned.”

L.A. ‘Nightmare on Elm Street’ house offers due on Halloween