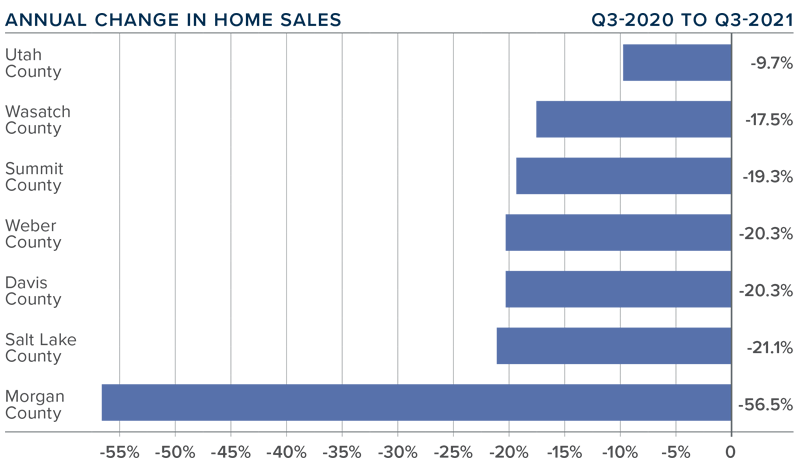 The following analysis of select counties of the Utah real estate market is provided by Matthew Gardner, chief economist of Windermere Real Estate. We hope this information can help you make more informed real estate decisions. For more information about the housing market in your area, please contact your Windermere real estate agent.

The summer months saw continued growth in Utah’s job market, which had already restored all the jobs lost to COVID-19 earlier this spring. The latest available data (August 2021) shows that employment in the non-farm sector is 48,100 jobs above the pre-pandemic peak. With healthy job growth, the unemployment rate currently stands at 2.6%, a level not seen since the pandemic hit. As impressive as the current unemployment rate is, it’s also worth noting that unemployment continued to fall even as the workforce expanded to a point never seen before in the state. Utah’s economy is in great shape right now, and barring unforeseen events, I see no reason why anything should derail the impressive growth the area has experienced.

❱ In the third quarter of 2021, 10,356 homes were sold, a decrease of 18.3% compared to a year ago. This isn’t much of a concern as the area was in the midst of a COVID-induced housing boom in the third quarter of last year, which skews the numbers. What’s more informative was that sales were up 6.9% from the previous quarter.

❱ Year-over-year sales declined across the board. However, compared to the previous quarter, they rose in all counties except Salt Lake and Morgan, although the decline was only seven sales in both counties.

❱ The increase in sales compared to the previous quarter was helped by a significant increase in the number of counties in the counties in this report, which increased more than 36% from the second quarter of this year.

❱ Pending sales, an indicator of future closures, rose in all markets except Salt Lake. The 2.8% increase from the second quarter suggests that sales may improve further in the last quarter of the year. 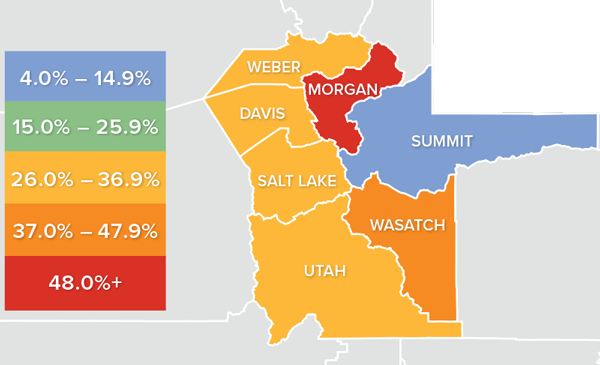 ❱ With the economy doing exceptionally well and mortgage rates close to their historic lows, it was not surprising that selling prices continued to climb. Compared to a year ago, prices were up 23.8% to an average of $600,715. Prices were also 3.8% higher than in the second quarter of this year.

❱ While Summit County appears to be underperforming, it’s worth noting that it is the most expensive county in this report, with a third-quarter average price of $1.58 million. I’m not really worried about the drop as it’s likely to be short-lived.

❱ In the second quarter Gardner reportI suggested that the annual change in house prices would slow down, which turned out to be correct. While price growth remains well above its long-term average, I expect the growth rate to slow further as we close out the year. 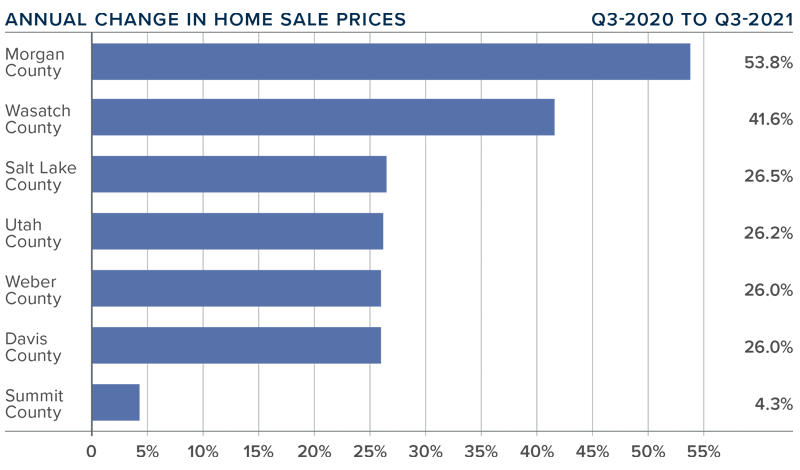 ❱ The average number of days it took to sell a home in the provinces covered by this report decreased by 21 days compared to the third quarter of 2020.

❱ Homes again sold fastest in Davis County, one of only two counties with an average time to sell under two weeks. Compared to a year ago, the biggest drop in market time was in Summit County, where it took 41 days less to sell a home.

❱ During the quarter, it took an average of 22 days to sell a home in the region. While this is lower than a year ago, it was 3 days higher than in the second quarter of this year.

❱ Rising inventory levels led to more choice in the market, which put some pressure on market time. This is not a concern, and while home buyers may be happy about it, we are still a long way from a balanced housing market. 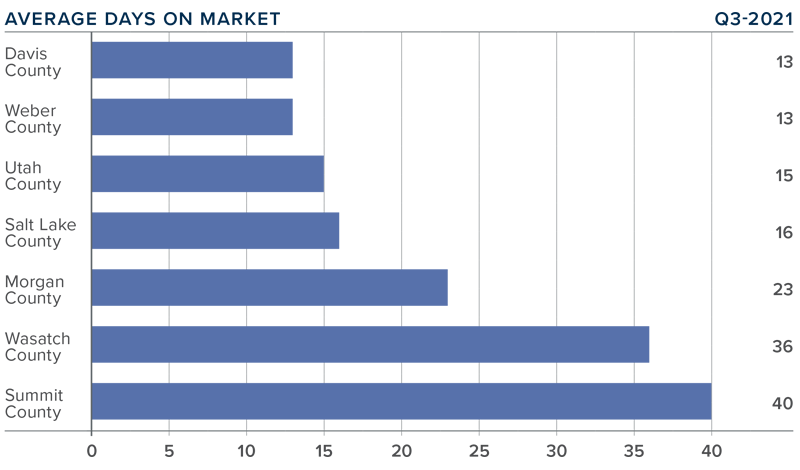 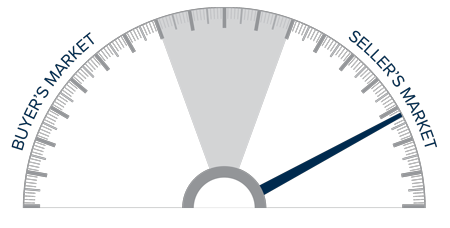 Utah’s economy is on very solid ground. A stable economy and historically low mortgage rates are very stimulating for home buyers. While we’ve seen inventory levels grow and market time rise modestly — both of which are beneficial to home buyers — the aggregated data still strongly favors home sellers. As such, I moved the needle a little more in their favor.

The Do’s and Don’ts of Interior Design