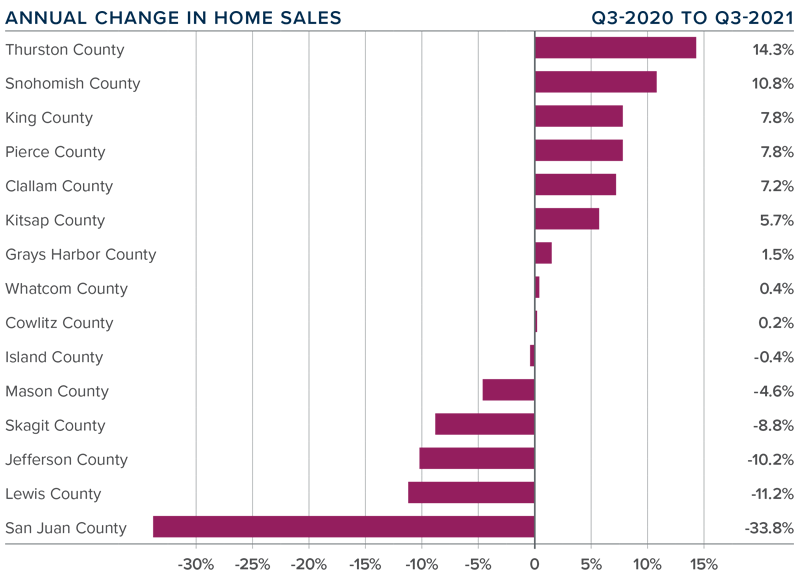 The following analysis of the Western Washington real estate market is provided by Matthew Gardner, chief economist at Windermere Real Estate. We hope this information can help you make more informed real estate decisions. For more information about the housing market in your area, please contact your Windermere real estate agent.

The emergence of the variant of the COVID-19 Delta had a tangible impact on the economy of the region, which of course influenced the job recovery. Employment in western Washington had picked up steam in the spring, but started to slow down considerably in the summer. To date, the region has restored more than 201,000 jobs lost to the pandemic, but we seem to be holding on a bit. That said, the end of increased unemployment benefits has resulted in many business owners seeing more applicants for open positions, so I’m hoping the numbers will pick up again as we head into the winter months. The most recent data (August) shows the unemployment rate in the region at a respectable 5%, but we still have a long way to go before we hit the pre-pandemic low of 3.7%. At the county level, the lowest unemployment rate was in Kitsap County (4.4%) and the highest in Grays Harbor County (6.6%). There are still many hurdles ahead of us, but I believe that by mid-2022 we will continue to add jobs and achieve full employment recovery.

❱ Third quarter sales were up 6.4% year over year, with a total of 27,280 homes sold. The increase was in line with what we saw in the second quarter of this year.

❱ Sales activity was mixed. Nine provinces saw year-over-year growth, but sales slowed in six provinces. That said, sales increased in every province except King and San Juan compared to the second quarter of 2021.

❱ The relationship between pending sales (demand) and active lists (supply) showed that pending sales exceeded the lists by a factor of 4.6. Even with the increase in the number of new offers, the market is far from balanced. 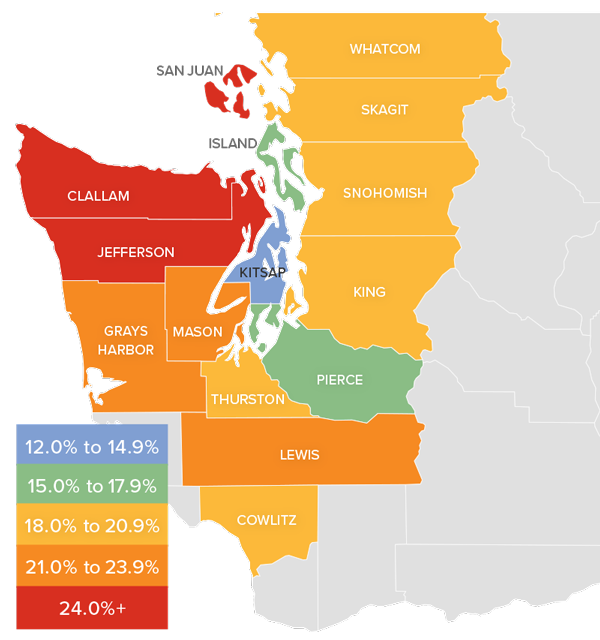 ❱ Compared to the same period a year ago, price growth was strongest in Clallam, San Juan and Jefferson counties, but in all markets prices rose by more than 12% from a year ago.

❱ Average selling prices decreased by 1.1% compared to the second quarter of this year. Given the enormous increase in value in recent years, this is not at all surprising. The main indicator was a weakening in list prices and that naturally translates into slower price growth. This is nothing to worry about. It just suggests that the market is finally back on track to some sort of equilibrium. 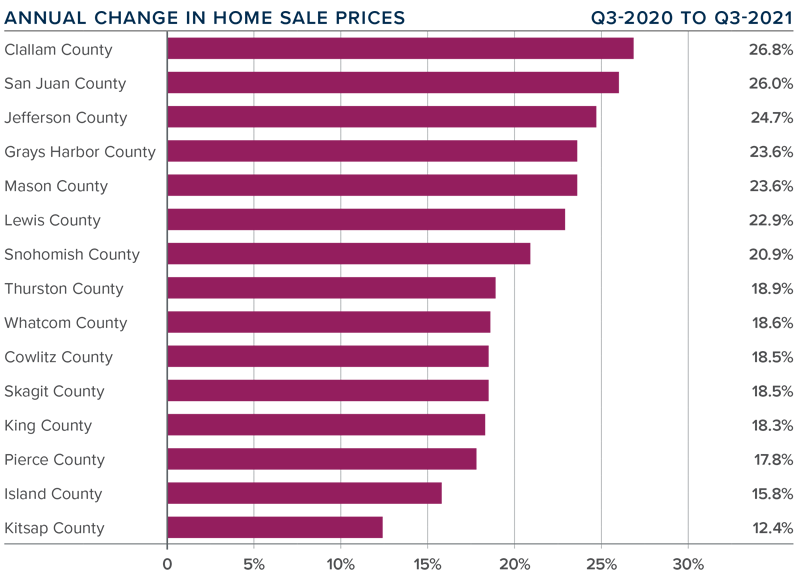 ❱ Following on from the second quarter, Snohomish, Kitsap, Thurston and Pierce counties were the tightest markets in western Washington, with homes taking an average of 9 days to sell in Snohomish County and 11 days in the other three counties. The biggest reduction in market time from a year ago was in San Juan County, where it took 102 days less for homes to sell.

❱ Even with inventory levels rising in most markets, the region’s housing market remains remarkably tight. That said, I see some of the heat dissipating and I’m hopeful that if stock levels continue to climb we’ll take a slow step back toward a balanced market. 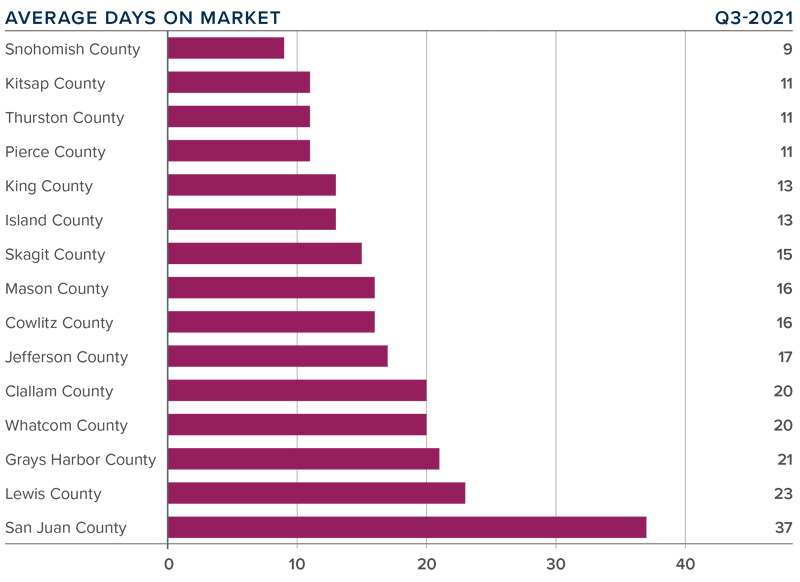 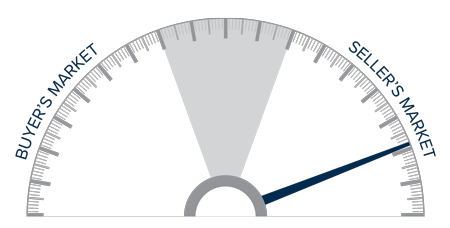 Even given the rush that hit the region’s economy with the emergence of the Delta variant, the housing market remains remarkably resilient. Buyer demand remains very strong and modestly rising inventory appears to have eased some of the fever in the market – at least for now. Mortgage rates remain very favorable and my current forecast is that they will remain in the low to mid 3% range until next summer. Rising stock levels have caused price growth to slow and days in the market to increase, which could be a sign that the market is pulling out of a prolonged period of exuberance.

As we move through the rest of the year, I think demand will remain solid, but we will continue to see price growth slow as more offers compete for the buyers out there. That is not to say that price growth will turn negative; rather, it suggests that we are slowly moving back to a more balanced market. That said, the market certainly still favors home sellers. As such, I leave the needle in the same position as the second quarter. I may move the next quarter a bit in the direction of buyers if the current trend continues through the winter months.

Perth houses strike first price drop in over a year

Deciding to Sell Your Home